What does it spell!?

Throwback to one of the greats taken two years ago by our Townsville crew!

Will this creativity be topped!?

Female genital cosmetic surgery is on the rise. While these procedures are still relatively uncommon compared to breast augmentation and other cosmetic procedures, they are increasing at a fast rate. The most popular form, known as labiaplasty – the consensual surgical modification of the vulva – typically entails the removal of portions of the labia minora in order to make the vulva appear smaller and more symmetrical.

Although normal vulvas show considerable variation in color, size, and proportions, women whose labia fall within this normal range are increasingly seeking labiaplasty, raising concerns about the necessity of the procedure, as well as questions about why so many women are seeking it in the first place [1].

While women’s motivations for seeking labiaplasty have been examined in the medical literature, with results pointing to a wide range of reasons, less is known about how people of different genders perceive and respond to pre- versus post-operative labia. Our recent study, presented at the Society for the Scientific Study of Sexuality conference in 2019, offers some intriguing insight.

So what did we find?

Overall, pre-operative labia images were rated significantly lower than post-operative labia across all three items of normalcy, personal ideal, and societal ideal. Put another way, participants reported more positive reactions to labia that had been surgically altered than they did to natural labia.

Gender seemed to matter, too. Specifically, women rated both pre-operative and post-operative labia significantly lower across all three items of normalcy, personal ideal, and societal ideal than did men. Averaging across pre-operative and post-operative images, participants who reported a gender identity outside of the binary (e.g., genderqueer, non-conforming) endorsed the most positive ratings for normalcy and personal ideals, while men endorsed slightly higher ratings for societal ideals overall.

These results suggest that women may be the harshest critics of their own bodies – perhaps due to internalization of popular cultural images, which rarely provide accurate depictions of women’s genitalia [2] [3].

We also found that while pornography use differed across genders – with men reporting the most frequent use – negative evaluations of pre-operative labia and more positive evaluations of post-operative labia remained even after controlling statistically for pornography viewing. Although exposure to pornography—and particularly heterosexual, male-oriented pornography—has previously been seen as one of the major sources perpetuating narrow ideals for labial appearance, our study found no evidence to support this link [4].

It’s important to note that, while the results of our research were drawn from a large and diverse sample, it wasn’t representative of the population. Further research is needed to better understand how the wide variation of natural labia is perceived in contemporary society, and how ‘idealized’ depictions of labia may potentially be harmful to women’s self-image.

Finally, given that we found people to rate post-operative labia as more “normal” in appearance than pre-operative labia, this points to a need for better education across genders regarding what a “normal” vulva looks like. The appearance of the vulva can vary widely, and many women who are seeking surgical alteration have vulvas that are perfectly normal to begin with. If we had better education about natural variation in genital appearance, we might see fewer women seeking medicalized interventions to achieve idealized genital appearances.

Thanks to Flora Oswald and Dr. Cory Pedersen for this guest post! Learn more about them below:

Flora Oswald graduated from the University of the Fraser Valley in 2018 with an honours degree in Psychology and a minor in Sociology. In 2020, she earned her M.S. in Psychology & Women’s, Gender, and Sexuality Studies from Penn State. Flora has received awards for her outstanding academics as well as for her support and advocacy for the LGBTQ+ community. Her research interests relate primarily to sexual and gender stereotyping and she is particularly interested in how sexuality stereotypes are mediated by the physical body. Flora is currently pursuing a dual title PhD in Psychology & Women’s, Gender, and Sexualities Studies at Penn State University.

Cory Pedersen earned her Ph.D. from the University of British Columbia in 2004 and has worked in the Department of Psychology at Kwantlen Polytechnic University since 2005. In 2011, Cory founded the Observations and Research in Gender and Sexuality Matters Lab to further her interests in human sexuality, providing students an opportunity to gain valuable research experience. Since its inception, several collaborative projects with the lab have been presented at psychology and sexology conferences, and in publication.

Social distancing all alone at a very, very remote hot spring, waaaaaaay out in the middle of nowhere! I know I say that a lot, but this place is really remote, and really hard to get to! Interestingly, I met the guy who actually built it back in the day — he showed me photos of him and his family building the tub. They used to go camping in the area, and one day he looked over into the reeds and noticed some steam coming up…and when he went over to investigate, he discovered a hot seep! Next thing you know, they trucked out all this flagstone and built a fully plumbed, very nice hot spring tub for everyone to enjoy. My hero ♥️ 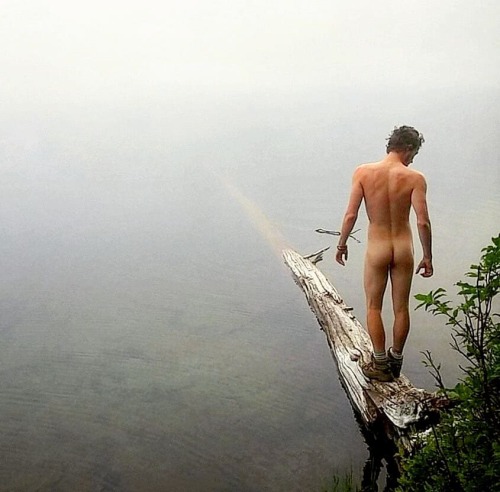 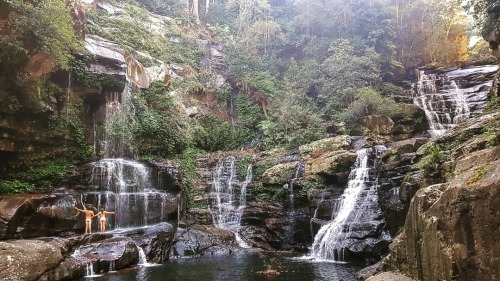 Spot the nudists. Such a great day climbing through the bush! @kingbr0wn22

You Can Leave Your Mask On: Nudists Wear Just One Item in Covid Times  The Wall Street Journal

In the press – ‘You can leave your mask on’: Nudists adapt to Covid times  FRANCE 24